Most of us process the internet daily, but the page we usually visit is only a minor portion of the internet. This is called the surface web. But here is a big portion that you can not explore by Searching on Google or any other engine. They are known as the Deep web & Dark web. So, let’s discuss Dark web vs Deep web along with all necessary information.

Mainly, most of us use the Surface web for browsing, as well as the deep web for other purposes. Whereas Cybercriminals or illegal users, as well as secret agencies, tend to use the dark web to control or to take over malicious activities and the Deepest secrets.

The internet is generally classified into three types based on how accessible the information is there:

Let’s know how each of them Differentiates each from another, to understand each effectively, you need to go through all facts we unveil in each section. Starting from Surface web-

What is Surface Web?

Before learning Dark web vs Deep web is details, you need to know what is the basic type of is. The surface web is the visible part of the internet formed by websites. It is also known as the clear web, indexed web, and visible web. Basically, search engines exist on the portion of the internet. The surface web is the part of the World Wide Web since the invention of the first browser.

It is the most familiar part of the internet which contains various popular search engines like Google, Yahoo, Mozilla Firefox, Bing, Microsoft’s Internet Explorer or Edge, etc., to find anything on the internet. The surface web is anything that can be used for your daily working purpose like online shopping, online payment, and news, etc.

The surface web is the one you surf by default. Also known as clear web, any internet user can access the surface web like a cakewalk. Accessing surface web is possible as almost all Search Engines like Google, Yahoo, Duckduckgo, Bing, etc, tend to use Surface Web and guide via visible link.

What is Deep Web?

Deep means behind the surface a vast area of the web that does not get crawled via search engines like Google, Yahoo, etc. The Deep web rests for approximately 90% of all websites.

According to Dictionary.com, The deep web is defined by “The portion of the Internet that is hidden from conventional search engines, as by encryption; The aggregate of unindexed websites.”

The deep web is also known as the Shadow web or Hidden web all across the world of the Internet, & According to reports, the majority of internet storage, as well as bandwidth, is consumed by these types of web compared to the surface web.

It’s actually not too hard to dive into the Deep web, apart from the example of Unlisted Videos, any link to Google Drive can also be considered as a Deep link, the reason is that only the user with a link can gain access or reach to destination File.

Related: How to Protect your Android From Hackers

While you might be wondering how the Dark web differs from the Deep web or How amusing it could be, let me tell you there is a lot of confusion between the Dark web vs Deep web. There might be some similarity in them, but both are absolutely poles apart in action.

On the Dark web, though the websites are publically accessible, they are hidden collective of internet sites & In order to reach the addresses you need to have access to software that can encrypt and anonymize your connection. Here TOR and Onion come into action.

The dark web is hugely used by criminal and terrorist activities across the world. Though it is not illegal to surf on the Dark web, it’s being used to execute tasks like human trafficking, illegal arms deals, Live streams of extreme activities.

Things that take place on the Dark web, If seen by a normal human, might negatively hurt them psychologically. So, we strongly suggest against surfing the Dark web.

TOR ( The Onion Router ) was Developed by US Navy, in order to protect sensitive military communications, it was never built to provide access to the dark web publically.

While in usual you’re surfing the Internet, Websites, as well as servers, can track your presence via IP Addresses, or Cache & many other resources.

Tor software uses Countless numbers of nodes/ relays while you’re surfing a specific web address, When you browse the web using the Tor Browser, your info is not directly passing through your computer and the server. Instead, your data now passes randomly through at least three nodes before it reaches its destination server.

Thus the data you’re looking for probably travels the whole world before it reaches you, in this way one can actually hide their true Identity on the web. Furthermore, your browsing data is now encrypted in such a way, both origin and process requests are not recognizable.

Inside the Dark web, the websites are not allowed to use regular Domain name extensions (TLD) like ‘.com’ or ‘.org’. They tend to use pseudo-domain names ending with ‘.onion’, which are not registered via ‘ICANN‘, instead, they are derived from cryptographic keys.

To understand it better, let us take an example. If you’re aware of YouTube, you know that there are mainly 3 types of video,

If you still have doubt understanding Surface web vs Dark web vs Deep web, check out FAQ Section down in this Article.

To sum this all up, let us revise the basics of Dark web vs Deep web. So, the Deep web is majorly occupied by files, that do have a specific link in order to gain access to it, these cannot be indexed via any search engines. The dark web is a bunch of websites that need a specific type of software medium to access. In the end, the surface web, which we use to search any queries on the web, is adopted by all the search engines.

This was a tutorial explaining the Dark web vs Deep web as well as the other forms of the web, I hope it was helpful to you.

If you’re willing to keep you and your Privacy unharmed while accessing the usual Internet, we suggest you use a VPN ( Virtual Private Network ). It can both keep you safe and keep your private data secure from hackers as well as other snoopers. 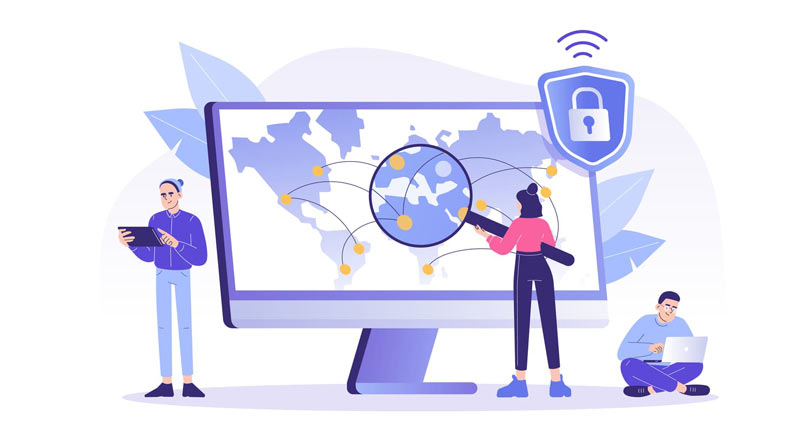 VPN keeps you secure as well as keeps your identity hidden from the snoopers..

Is Dark or Deep web Illegal?

No, it’s not illegal to surf any non-indexed page or to use high-privacy software like Tor & Onion.

What is Shadow Web?

The deep web is also known as the Shadow web. Apart from this name, it’s also been identified with other synonyms too. Some people speculate that the shadow web is a deeper “layer” of the dark web, though there are conflicts related to this among cyber professionals.

Not all Deep web is Dark web, but all Dark web can be addressed as Deep web.

Working as a freelancer for the past 5 Years. I'm a Blogger, Content Creator & I love to Play Games both eSports & Physical. 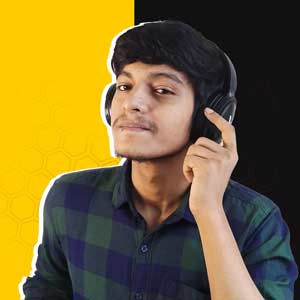