Nowadays we are living in a world of sensors. We can find different types of sensors in our surroundings, at the home, office, college. The sensors for Arduino can be used for other purposes too, Like IoT Projects. Sensors make our life easier by detecting temperature, pressure, fire, smoke, etc, and sending the essential information to processing devices.

All the automation tasks are impossible without sensors. Before going to more discussion about different types of sensors for Arduino, their explanations, and applications, we will discuss what is a sensor, and its application in a simple automation project.

A sensor is an electronic device that can sense some sort of physical parameters like light, temperature, pressure, etc, and give information as an electrical signal to the receiving end.

We always use sensors in an electronic device. Every particular sensor is used to measure some particular physical parameter. A sensor may be known as a digital or analog sensor depending on its physical construction. But the usual thing between all sensors is that they all can convert a physical parameter to an electrical signal. Basically, It consumes low energy and has high performance. For the Internet of things, data is collected from the environment using sensors.

Each sensor has its own class depending on its configuration. We can classify a sensor depending on its working principle or mechanism on physical, chemical, and biological effects on which the sensor work. We can also define a sensor with its output signal which can be an analog or digital signal. Some of the sensors are very simple and some are hard.

Here are two types of sensors depending on the energy source: the active sensor and the passive sensor.

A passive sensor detects or measures electromagnetic radiation from natural emissions such as the sun. The camera on your Smartphone is a passive sensor that detects light to click your photo. The energy detected by passive sensors is physical temperature, surface composition, surface roughness, and other physical parameters on the earth.

Some examples of passive sensors are light sensors that detect if the light is shining on it and infra-red sensors that sense an object’s temperature.

Here we collect a list of different types of sensors that are basically used in various applications in IoT. All the sensors are used to measure the different types of physical parameters like temperature, light, conductance, etc.

We will briefly discuss a few that we commonly use in IoT projects. 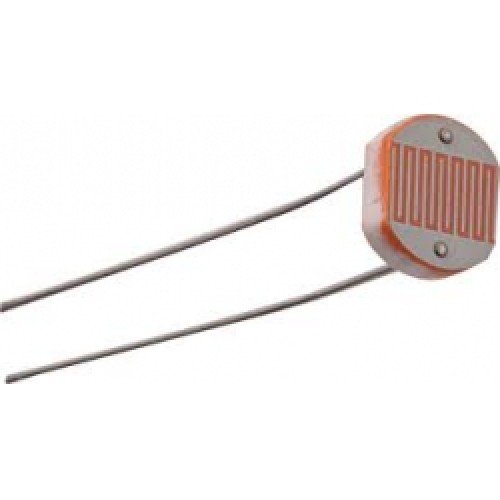 The resistance of a photoresistor decrease…

The light sensor has multiple uses in IoT from the office to the agriculture field. It is used to control the brightness of light in the office ( similar to our mobile auto-brightness functioning ), in Laser alarms, car’s auto light-hood up system, etc.

LDR is one of the crucial sensors for Arduino and it’s widely used among basic as well as complex projects. 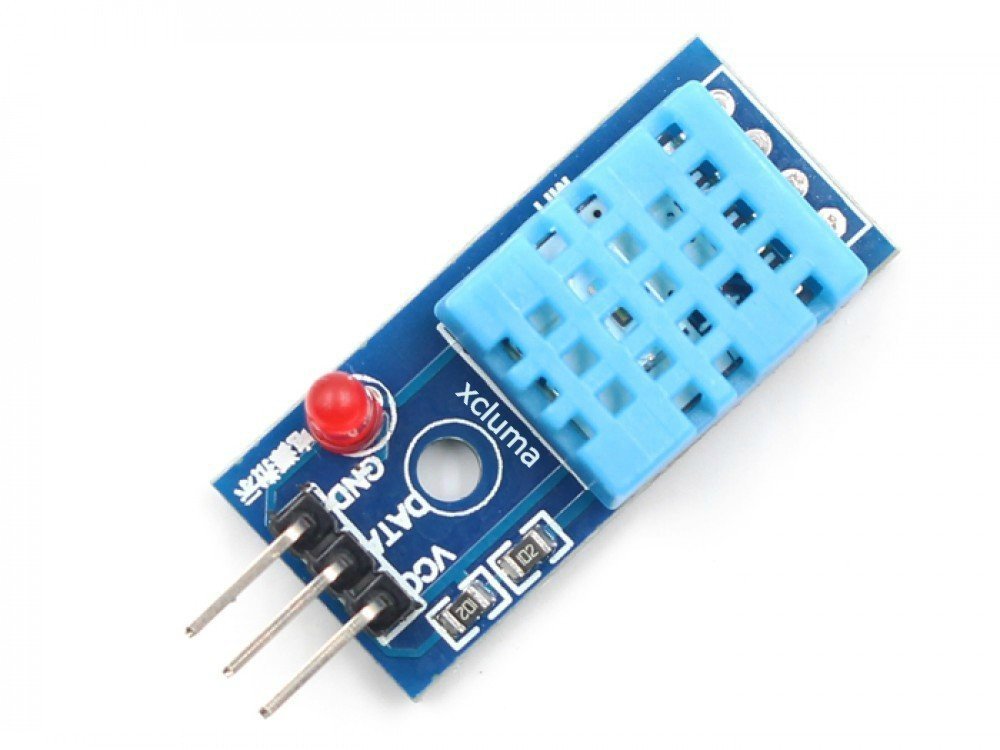 The color sensor is an active sensor that emits light radiation from its transmitter and detects the light reflected from the observation object. It basically detects the intensity of red, green, and blue light from the received light, and thus this sensor determines the proper color of the detection object. 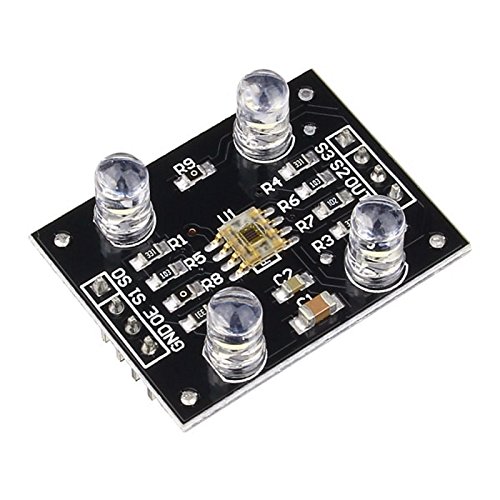 The touch sensor works like our skin. The touch sensor is a passive sensor that only captures the physical touches, embraces, or pressure on a device or object. It is also known as Tactile sensors. It is too simple to design and low cost to manufacture. 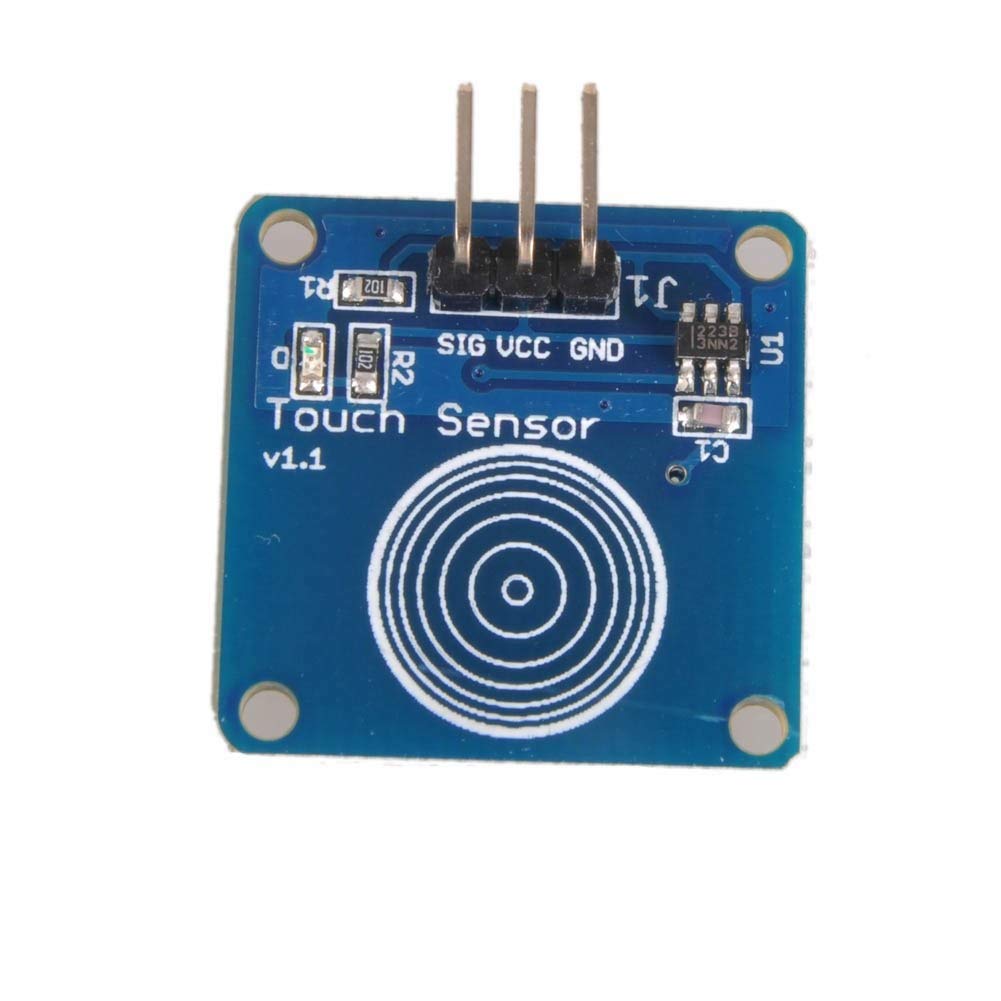 A touch sensor basically acts as a switch. This sensor is commonly used in robots to detect surrounding touches. In our smartphone, it is used to sense fingerprints to unlock.

The ultrasonic sensor is one of the most used sensors for Arduino, it’s used for basic as well as High-level Projects. Its main purpose is to measure the distance from the source to the Target. 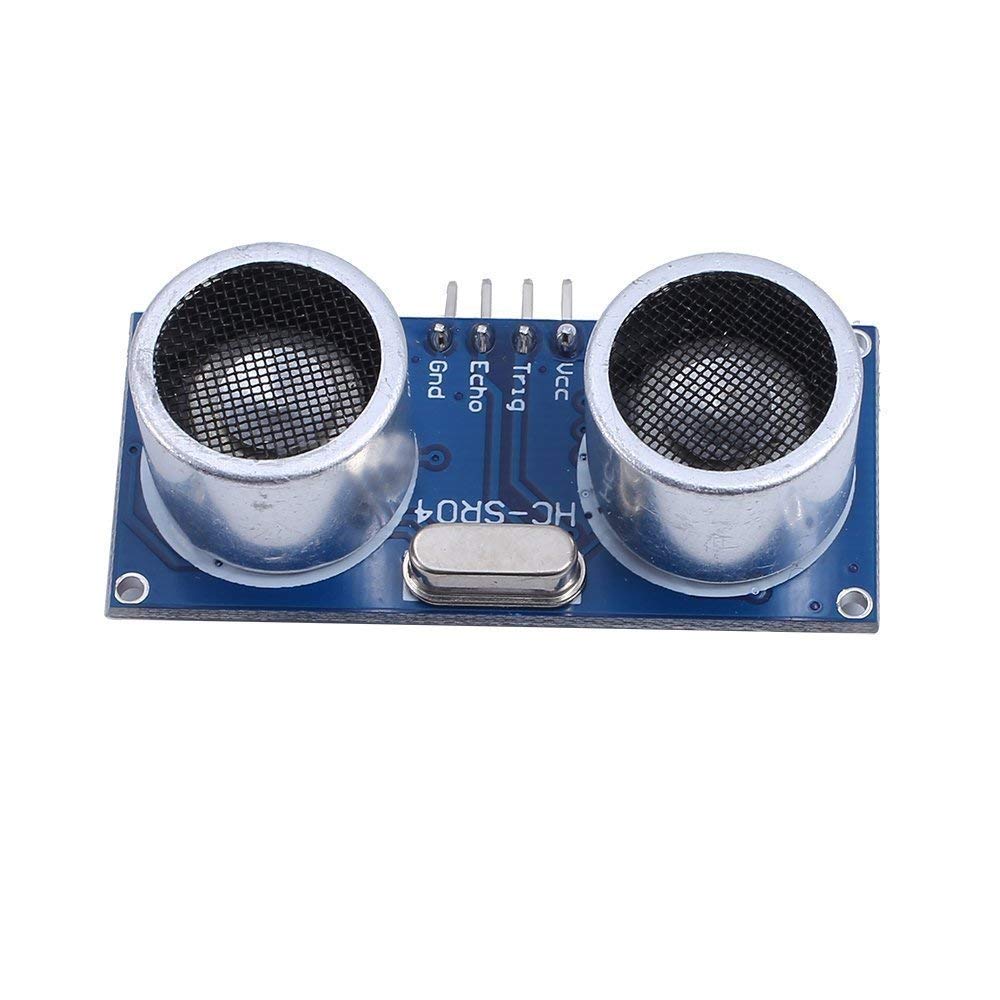 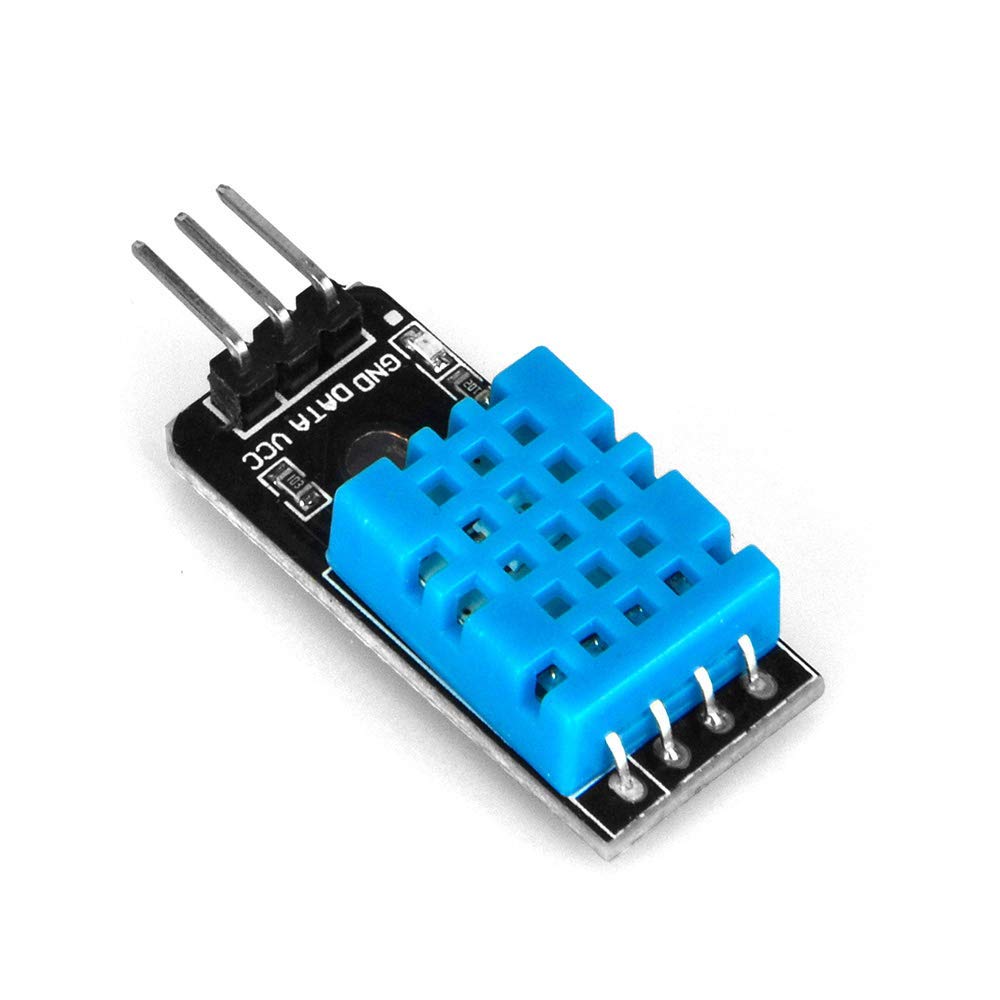 The humidity sensor is used in various applications to measure humidity in HVAC systems, Printers, Fax machines, Weather stations in the agriculture fields, automobiles, food processing, refrigerators, etc. Due to their low cost and small size, it is found in the handed devices such as smartphones. And also there are much wide humidity sensors that are integrated with larger embedded systems.

A microphone sensor is an electric transducer that only detects sound waves and converts them into an electrical signal. Basically, it is used to measure to detect the intensity of sound. This sensor is also capable to detect noise approximately within 3kHz to 6kHz frequency. 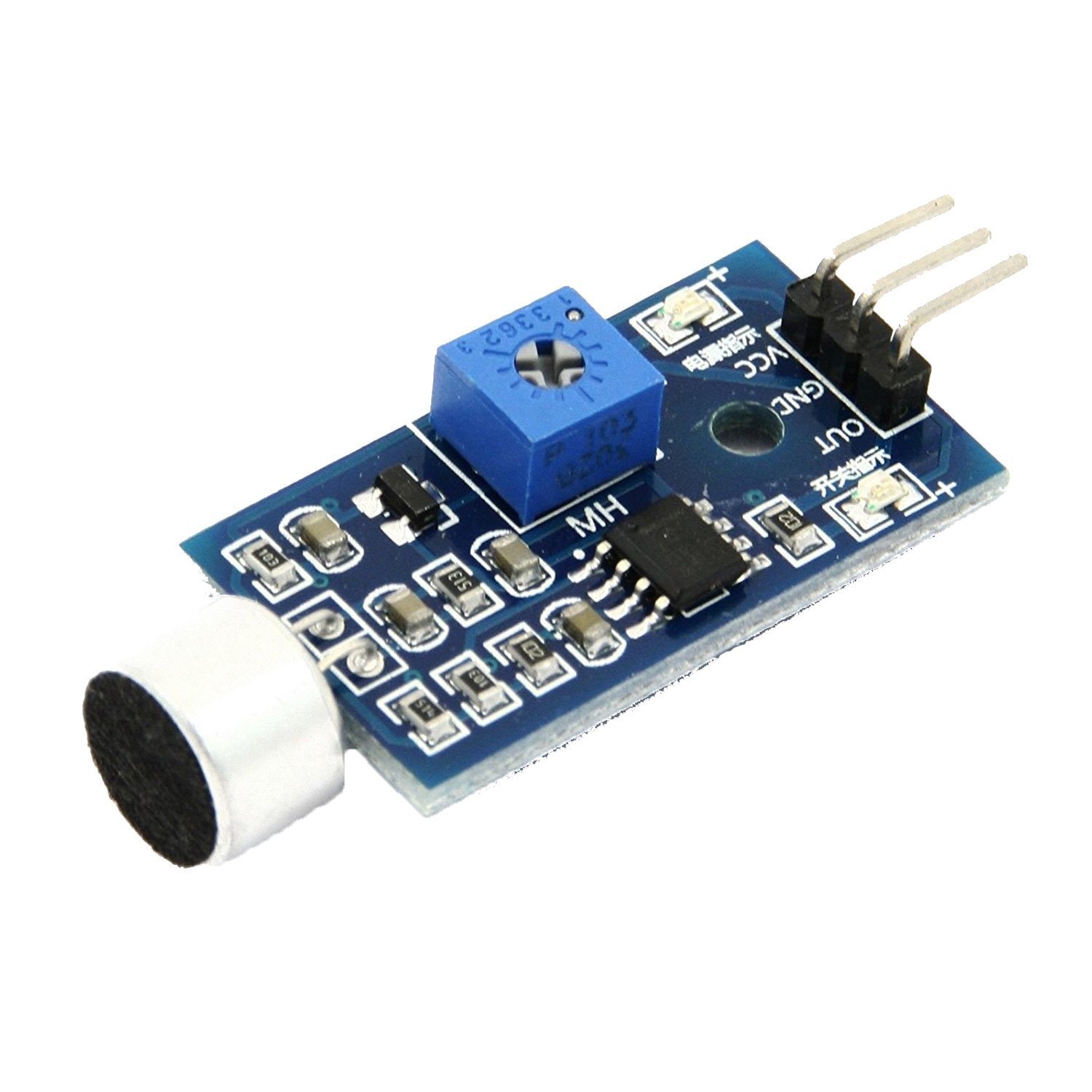 If you are aware of Buzzer sensors for Arduino, Microphone sensor does the complete opposite of that, the main function of Buzzer is to Omit sound waves, whereas Microphone receives soundwaves.

IR sensor is the last item in our list of most used Sensors for Arduino as well as for IoT purposes.

An IR sensor or Infrared Sensor is one kind of electronic device that detects only infrared radiation or thermal radiation from its surrounding environment. The IR sensor is mainly used to measure the temperature and motion of a targeted object. There are two types of sensors depending on their applications which are the following. 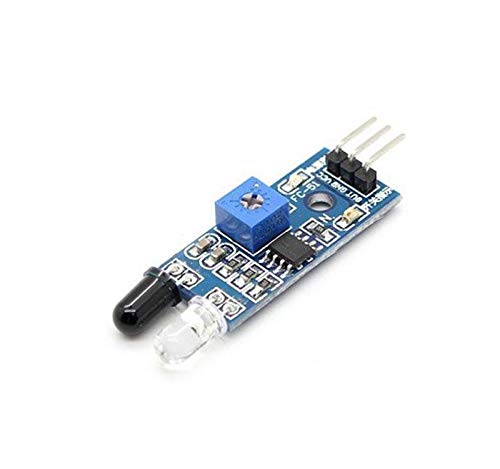 This type of sensor includes only a transducer. The passive IR sensor uses targets as a transmitter or source. Here the object radiates the energy which is detected by the receiver of the PIR sensor. The passive sensor also is divided into two parts: Tharmel and Quantum. The thermal PIR sensor is used to detect infrared energy as a source of heat. The detection of Quantum PIR is faster than the thermal PIR sensor. Basically, this type of sensor depends upon the wavelength of deflected radiation.

We can see an IR sensor used in laptops, telephones, PAds, etc., or any electronic device for their low power requirements. In smartphones, this sensor is used to detect the distance of an object. Burglar Alarm is the most common application of IR sensors. In spite of this application of the IR sensor, they are used in various projects and also in electronics devices like Night vision devices, Radiation thermometers, and infrared tracking, etc.

IR Sensor is one of the majorly used sensors for Arduino, as it has many purposes and they can be used in a very creative manner through vast types of projects. 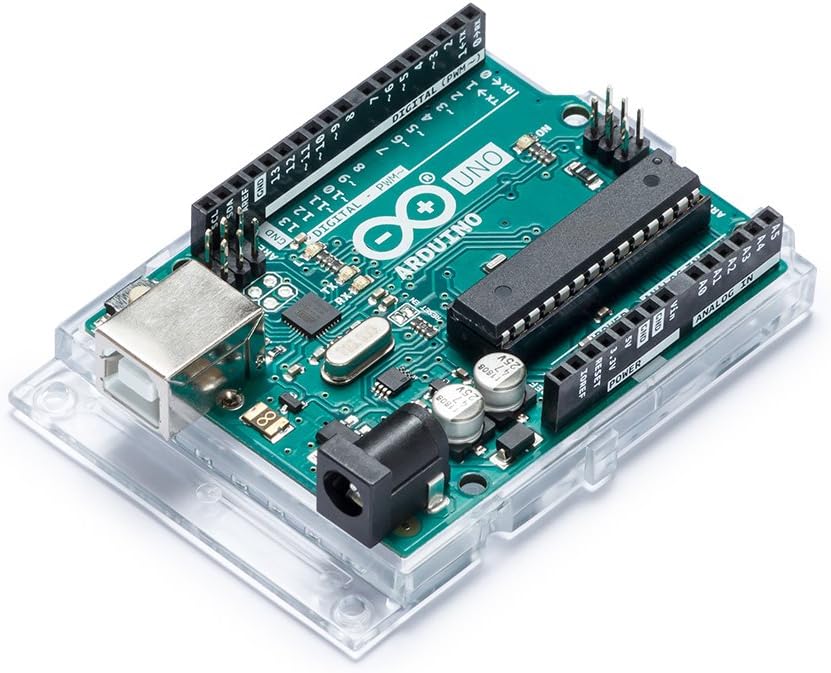 Arduino is an open-source hardware, software, and content platform… 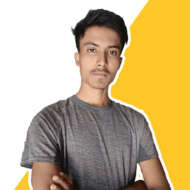